The Federal Aviation Administration’s recent certification of two expensive unmanned aircraft for commercial use further opens up the U.S. market for drones, but cheaper unmanned aerial vehicles (UAVs) will still have to operate in regulatory limbo. 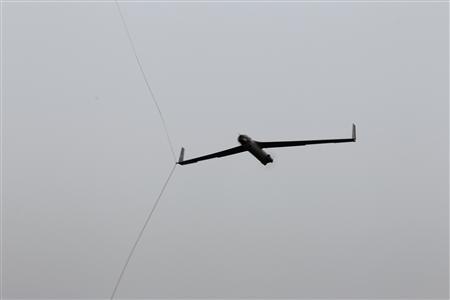 The drone industry was heartened by the FAA’s decision in late July to greenlight Boeing Co’s (BA.N) Insitu ScanEagle and AeroVironment Inc’s (AVAV.O) Puma, in the first such U.S. certification of drones for commercial use.

These remote aircraft weigh less than 50 pounds 22 kilograms), have wingspans of about 4.5 feet and come with a hefty estimated price tag of $100,000 each.

Their approval is seen as a first step in unleashing a potentially multibillion-dollar industry that so far has been largely limited to military and law enforcement applications.

In the meantime, however, dozens of companies are chomping at the bit for the FAA to certify their own more affordable drones, saying there is no way farmers and many others can invest in the type of UAVs that received certification last month.

The Association for Unmanned Vehicle Systems International (AUVSI), an industry group, hailed the FAA’s certification of the two drones. “This is a huge step forward and this is a big deal for our industry,” said Ben Gielow, government relations manager for the group.

Congress in early 2012 passed legislation calling on the FAA to write rules by 2015 that would govern the commercial operation of drones that can be used for everything from spraying pesticides on farmland to catching exotic-animal poachers to monitoring sport events.