A major energy company plans to fly the ScanEagle off the Alaska coast in international waters starting in August. Plans for the initial ship-launched flights include surveys of ocean ice floes and migrating whales in Arctic oil exploration areas. 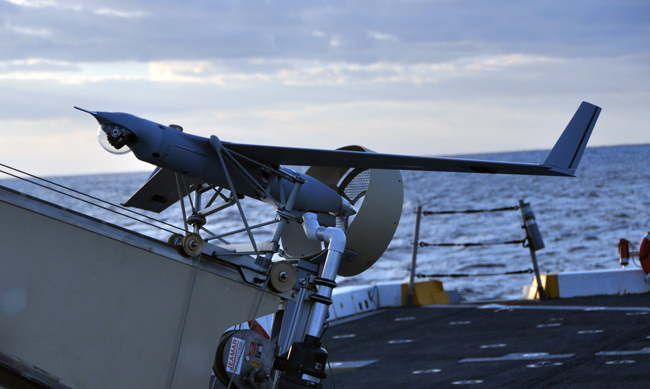 The release of two ‘restricted category type certificates’ to a pair of unmanned aircraft systems (UAS) represents a milestone that will lead to the first approved commercial UAS operations later this summer, the U.S. Federal Aviation Administration (FAA) announced. Certificates were issued to two types of unmanned systems – the Scan-Eagle built by inSitu and X200 and AeroVironment’s PUMA AE. Issuing the type certificates is an important step toward the FAA’s goal of integrating UAS into the nation’s airspace. These flights will also meet requirements in the FAA Modernization and Reform Act of 2012 that define Arctic operational areas and include a mandate to increase Arctic UAS commercial operations.

Both are categorized as ‘small UAS’, weighing less than 25 kilograms (55 pounds). Each is about 1.37 meter long (4.5 feet), with wingspans of ten and 2.75 meter (9 feet). The PUMA is expected to support emergency response crews for oil spill monitoring and wildlife surveillance over the Beaufort Sea.