“We call it an aerial cinema rig,” Krolfifer said, cringing at the term “drone” and what he says are misplaced negative notions about the technology. “It’s such an awesome tool for us to have as filmmakers and video production specialists because it gives you that great aspect, that awesome view that you want to see in something epic.”

The spiderlike aircraft has eight arms radiating from a central body housing the battery and control system. At the end of each arm is an electric motor fitted with a propeller. Attached to the craft’s underbelly is a pivoted support called a gimbal that holds a camera. … (Read more) 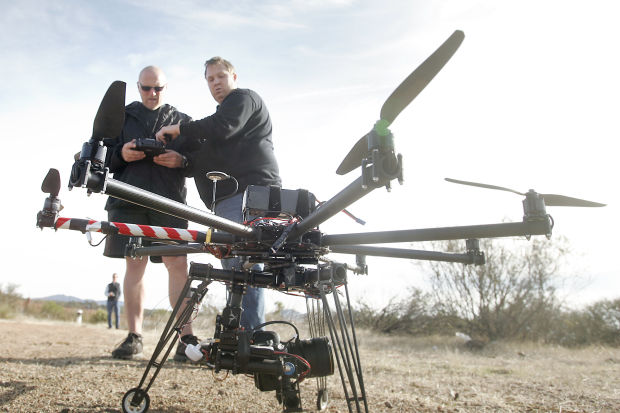